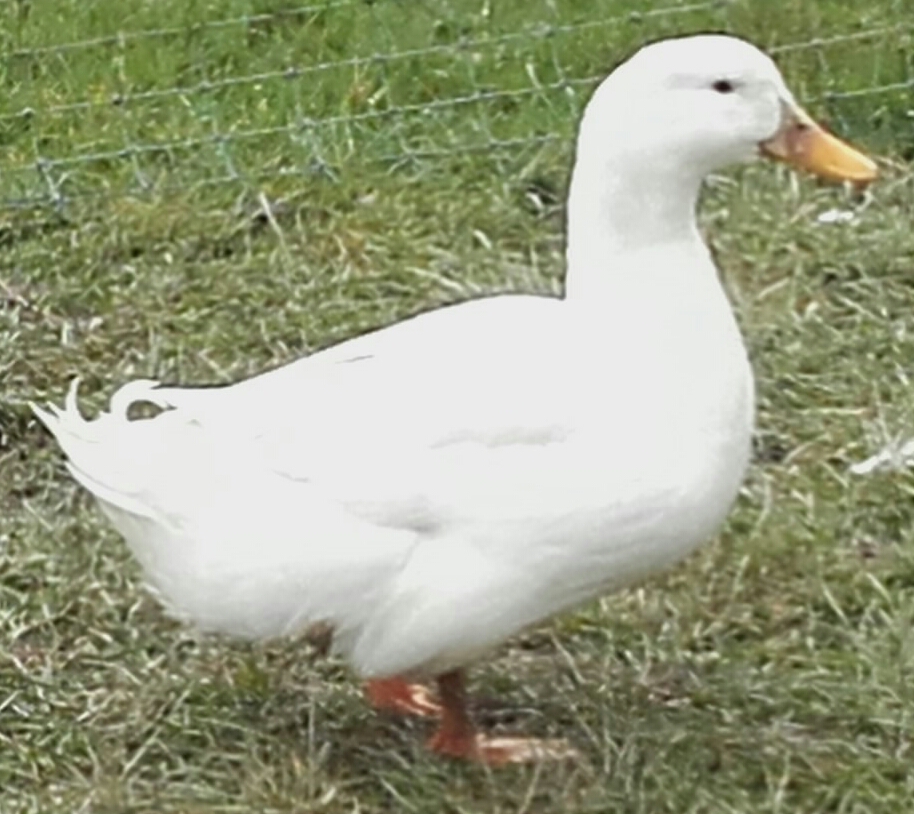 Joe explained that its been real hunt to find two male Aylesbury drakes to breed with the farms Cherry Valley ducks. We had to go to Hampshire to find these drakes. Its great to finally put them all together. Hopefully, customers will appreciate the eggs but more importantly love the meat.

The new additions to our duck flock have settled in well and are getting used to being with our Light Sussex chickens.  As the Drakes settle in we are hoping the Cherry Valley ducks will produce fertilised eggs which we will incubate in the next month or so. It will take a further 6 -8 weeks before they will be ready for the table. We welcome any duck recipes to be submitted for inclusion on this website.

The history of Aylesbury’s Ducks:

The Aylesbury duck is a breed of domesticated duck, bred mainly for its meat and appearance. It is a large duck with pure white plumage, a pink bill, orange legs and feet, an unusually large keel, and a horizontal stance with its body parallel to the ground. The precise origins of the breed are unclear, but raising white ducks became popular in Aylesbury, Buckinghamshire in the 18th century owing to the demand for white feathers as a filler for quilts. Over the 19th century selective breeding for size, shape and colour led to the famous Aylesbury duck.

Duck rearing became a major industry in Aylesbury in the 19th century. The ducks were bred on farms in the surrounding countryside. Fertilised eggs were brought into the town’s “Duck End”, where local residents would rear the ducklings in their homes. The opening of a railway to Aylesbury in 1839 enabled cheap and quick transport to the markets of London, and duck rearing became highly profitable.